The Office: Season 4 (2007-2008)
When the third season ended, our favorite Dunder Mifflin branch had a few cliff hangers. What happened between Jim and Karen? What did Jan do after she got fired? And did Ryan just become Michael’s new boss? Season 4 of The Office answers all those questions plus adds new adventures that keep you wanting more.

Follow Michael Scott’s wild tangents as he helps cure the rabid and goes on a quest to find a model wife. Dwight and Angela’s relationship runs into a snag when Dwight does something unexpectedly to one of Angela’s cats. This season is short (only fourteen episodes) due to the writers’ strike. I can guarantee that after you watch this season, you’ll be singin’ “break me off a piece of that apple sauce.” 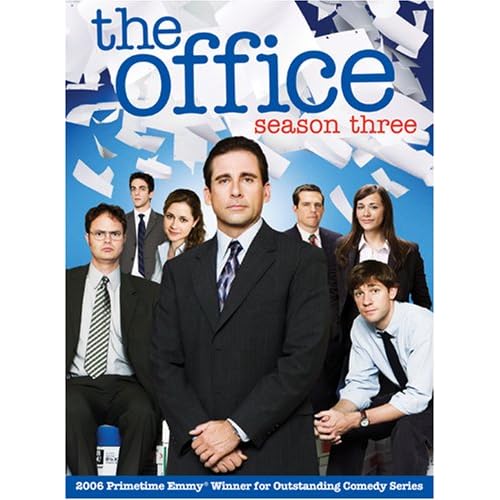 
In Season 3, the closing of the Stamford branch gives us Karen Filippelli (Rashida Jones) and Andy Bernard (Ed Helms) – two great additions to the Scranton crew. A new relationship between Jim and Karen has a sad inevitability, as we know from the beginning that Jim is really in love with Pam. Dwight and Angela portray two of the stranger characters on the series, and they manage to make their relationship both hilarious and authentic.

This Emmy Award-winning show encompasses everything that’s not politically correct. The Office works as well as it does by keeping things believable and as natural as possible, even when certain comedic situations approach ludicrous territory.