Stay up to date
Mary S. 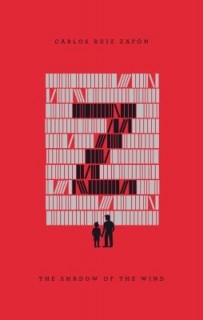 Bestselling novelist, Carlos Ruiz Zafón, passed away on June 19 at the age of 55. "The Shadow of the Wind", a gothic mystery, written in 2001 sold millions of copies worldwide, and became the first of a four-book series, The Cemetery of Forgotten Books. Previously he successfully wrote young adult books for 10 years. His books are published in 45 countries and translated into more than 40 different languages, making him the most read Spanish author after Miguel de Cervantes.

In an essay on his website, Mr. Ruiz Zafón explained: "I have written for young readers, for the movies, for so-called adults; but mostly for people who like to read and to plunge into a good story. I do not write for myself, but for other people. Real people. For you." He concluded, "I became a writer, a teller of tales, because otherwise I would have died, or worse."

Read or listen to Carlos Ruiz Zafón's books on Overdrive. Also, ebooks and audiobooks are available immediately on Hoopla.

When you subscribe to the blog, we will send you an e-mail when there are new updates on the site so you wouldn't miss them.

Online: Free Legal Consultations for Immigrants: A...
Census Follow Up Calls Are Underway